Vocaloid Pretty Cure♪ is a Japanese anime series produced by Toei Animation staring Vocaloid characters and is the third instalment by Infinity Mirai. The seasons' main motifs are music, fantasy and romance.

Hatsune Miku - a young village girl from the country of Symphonia - had been cursed long ago and lost her voice. Being unable to communicate with others and casted away from her village, she lives deep in the forest alongside a songbird named Farin. One day, however, Miku finds Kaito, a mysterious traveller whom gives Miku a strange locket. Saying that he can help Miku restore her voice, Kaito tells an urban tale about the Legendary Songstresses, Pretty Cure and leads her to the Echoing Ruins. When they finally arrive at the ruins, Miku and Kaito are attacked by strange monsters called Chaos. Miku watches Kaito struggle against the monsters and desperately tries to call out his name. The locket he'd given her begins to glow and envelopes her in a pillar of light. She chants the transformation pharse "DoReMi・Alteration" and transforms into, Cure Aria! 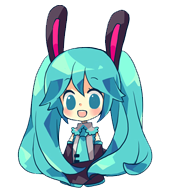 
16-years-old. Miku is a villager from Symphonia who had lost her voice due to a curse in the past, and was forced to live alone in the forest. She restores it as she turns into a Pretty Cure. Coming to Kyoku-shi she attends Ongaku Academy with the help of Kaito. She is a rather strange, clumsy and friendly girl who has a huge love for music. Being able to see colours and images to whatever she listens too. Miku is naturally curious and completely unaware of what is "normal" and is amazed by common things like vending machines. She can be slightly naive and easily falls for outrageous lies that seem/or are literally impossible. She also tends to incorporate sign language while she speaks. Her alter ego is the legendary songstress, Cure Aria. 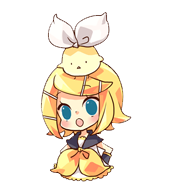 
15-years-old. Stubborn, impudent, prideful and somewhat greedy, though despite all her faults she is actually sympathetic and humble. Rin is a student at Ongaku Academy and turns out to be the princess of the Capella royal family back in Symphonia, currently in hiding. She has an extravagant self centred personality, as people naught to her every beak and call since brith. Because of this, Rin has a rather hard time adjusting to her life on earth and is often alone. Not that she's bothered by it exactly. She treasures her newfound friends a lot, and slowly seems to grow into a more caring and happy person. Rin is also the older twin sister of Len, whom she is closest to. She is described to have a warm-coloured voice by Miku, almost like the sun. Her alter ego is the legendary songstress, Cure Soleil. 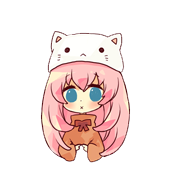 
17-years-old. Mature, intelligent, calm and easy going but has a weak constitution. Luka is a student at Ongaku Academy and a well known piano prodigy. She is one who is unable to refuse requests from others, and is always eager to help, even to the point where she overexerts her body too much. A trait she dislikes, and wishes to fix. Needles to say, Luka is quite popular and gets along with pretty much everyone. She's often seen inside the music room and secretly composes music. She is also childhood friends with Gackpo whom she refers as "Gackpon~". Her alter ego is the legendary songstress, Cure Harmony. 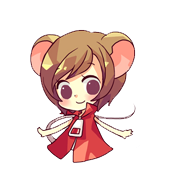 
18-years-old. A serious and brave girl with very little temper and inflexibility. Meiko is a solider from Symphonia and part of the Resistance against the witch Elena. She arrives on earth in search for Kaito with reasons unknown. Her alter ego is the legendary songstress, Cure Forte. 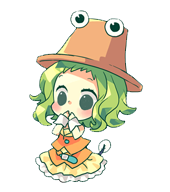 
16-years-old. Polite and a very logical thinker. Gumi is a student at Ongaku Academy, and revealed to be an android created by her father Dr. Nano. In her case, he is currently missing but actually controls her behind the scenes and uses her voice to create Choas. She comes off as very quiet and expressionless because she was never given emotions. However, after receiving emotions from becoming a Pretty Cure Gumi is shown to be much more energetic, shy and timid. Ultimately, she still is kinda hard to read for the most part and tends to talk in a robotic tone. Gumi also hates the rain as it makes her short circuit. Her alter ego is the legendary songstress, Cure Remix.

Farin is a song bird who stayed with Miku during her time in the forest, ever since she was a little girl. Being extremely important to her, Farin goes everywhere with Miku. When Miku became a Pretty Cure, Farin gained the miraculous ability to talk! She ends her phrases with "~rinrin". 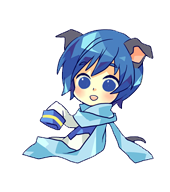 17-years-old. A strange traveller who meets Miku in the forest, and helps her restore her voice. Kaito is a student at Ongaku Academy. He is a somewhat cowardly, jokester who seems to be more then what he says he is. He rarely, if ever, gets angry and comes off as gentle, playful and earnest, but still has an incredible intimidating aura around him. Ultimately, he is a character shrouded in mystery, being able to teleport through different worlds and having unknown connections with the Resistance. Kaito and Miku become very close. He is also described to have a smooth and gentle voice by Miku, just like the sea vast with many secrets. 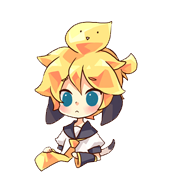 15-years-old. Positive, amiable, lively and humorous. Len is a student at Ongaku Academy and the prince of the Capella royal family back in Symphonia, currently in hiding. While being a little absentminded, he is a hard worker and very loyal to those he calls his friends. He is the younger twin brother of Rin, but is often given the task of having to take care of her. 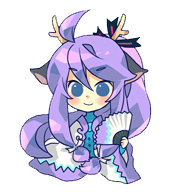 17-years-old. A strong, courageous and reliable teen who practises kendo every single day. Gackpo is a student at Ongaku Academy, the leader of the disciplinary comity and Luka's childhood friend, being nicknamed "Gackpon~". Although, it is unknown whether or not he has feelings for her. He's shown to be very caring and is concerned about Luka's health. Despite his down to earth nature he is known to have unusual and strict punishments.

A witch who took over the Capella Empire and a very powerful being. Elena is a manipulative and serene girl with an appearance and voice strikingly resembling Miku's. It is also implied that she put the curse on Miku. Her lullaby is what creates the Chaos with the intention of filling an empty sheet of music with notes of despair.

A Siren and the younger twin sister of Muffy. She works as a maid under Miss Elena, and is in charge of cleaning.

A Siren and the older twin sister of Mute. She works as a maid under Miss Elena, and is in charge of cooking.

An quiet and grim knight who holds the title of the Silent Killer. He exhibits extraordinary powers in combat.

A very loyal servant to Elena and her current second in command. Dr. Nano is a charismatic mad scientist who is intellectual with any type of technology or forbidden magic. Theoretically, he could be called Gumi's father as he was the person who created and cared for her like his own child but never gave her any emotions in her system. Not much is known about his real intentions except for the fact that he does use Gumi's voice to cultivate the Chaos while he hides behind the scenes.

The main monsters of the series. They are cultivated from a lullaby that can turn a person into a monster that spreads around chaos and noise. They can be defeated by resonating with a Cure's song, which will turn the person back to normal.

The owner of Arietta's Music store. Hiro is a young man in his mid-20s who plays the guitar and is well known throughout Kyoku-shi. Friendly, easy-going and poetic with his words. Hiro adores music and has talent in identifying different sounds with his super advanced hearing. He also has supernatural abilities and is strangely immune to the Chaos' song of corruption. He is also childhood friends with Luka and Gackpo.

The transformation device, which is a locket with a small, coloured stone from the Echoing Ruins. The Cures transform by yelling "DoReMi・Alteration!" and then kissing the stone.

A microphone that allows the Cures to preform individuals attacks and transmits their voices as they sing, by inserting the Echockets, to purify the Chaos.

A world centred around music and filled with magical beings and creatures. Symphonia gathers it's magical energy from the power of people's love or hate for music in Kyoku-shi as they are supposedly connected.

The city which the story takes place on earth. Kyoku-shi is a very large city popular for it's music loving nature. The city became connected to Symphonia long ago as it is the country's magical source.

The movie of Vocaloid Pretty Cure♪, which takes place in the middle of the running series and focuses on Miku's first annual song festival occurring in Kyoku-shi.

Retrieved from "https://fandomofprettycure.fandom.com/wiki/Vocaloid_Pretty_Cure%E2%99%AA?oldid=223287"
Community content is available under CC-BY-SA unless otherwise noted.