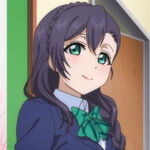 I'm Ava and I'm a writer. My most known stuff is the Chojo Gensho Pretty Cure! series, the Pretty Cure La La La! series, and the logos for Rainbow Shine☆Pretty Cure! and Blooming Miracles! Pretty Cure. I will be very active with my new series Snow halation pretty cure!.

Art requests are closed as I am overbooked!

This page is for stuff about me specifically and my personal opinions about my shows. If you want an objective bio, please go to my pen name article.

Besides of Pretty Cure, I have a passion Ghostbusters, screenwriting, fanfiction, Love Live! School Idol Festival, Honkai Impact 3rd, and sleeping. But especially sleeping, because, you know, we all need it.

I have 3 new series coming up! One is called Pretty Cure and the Dragon’s Book, one is called Snow halation pretty cure, and the last one is Go with Me. They’re all bases on dreams I had, and they are the last series in the Atsuiaka Precure saga. After this, I’m gonna focus on the series I have now.

Other (Collabs and such)

I think my favorite Cures are Cure Rhythm, Cure March, Cure Passion, Cure Soleil, Cure Scarlet, and Cure Twinkle, not in that order, but still.

My favorite lead is a really hard pick. Love is cool, Tsubomi is cool, Hibiki is cool, Miyuki is cool, but I can't choose who is cooler. So they're all tied. Haruka is 2nd, Mirai is 3rd, Hikaru is 4th, Nagisa, Saki, and Nozomi are tied with 5th place.

My favorite blue Cure is Reika. Erika is 2nd. Miki is 3rd. Aoi is 4th. Minami is 5th. But overall, I love all of the blue Cures equally, except for Saaya, because I don't know her well, and Mao, because she's confusing to me right now.

My favorite yellow Cure is Hinata. She looks so cute, but appearance isn't everything. Itsuki is 2nd. Urara is 3rd. Yayoi is 4th. Ako is 5th. Honestly, it's really hard to decide between the yellow Cures. All I know is I don't like Yoko, and I don't think I like Alice/Arisu.

My favorite purple Cure is Yuri. Ruru (I call her Lulu) is 2nd, Riko is 3rd. I just don't find Kurumi, Madoka, or Yukari the most interesting people, but I like them. I forgot that Makoto even existed during this ranking.

My favorite red Cure has to be Setsuna. I think she was my first girl crush, and with Woody, Buzz, Jessie, and also Leo and June from Little Einsteins, she was part of my 2nd grade fanfics. The only reason why I strayed away from her is because I played a Pretty Cure parody on full boost and my parents hated it. Off topic. Anyways, Towa is 2nd, Emiru is 3rd.

My favorite white Cure is really hard to choose from. Honoka has almost the same birthday as me, and also, I relate to her a lot, but I also relate to Mai, and Kanade was part of my squad when I was a [age redacted], and Ayumi is a blank slate Cure for all the little kids to place themselves in. That's why she's a brunette. This is really hard because there's only 4 Cures, so right now, I would say it's a tie between Honoka and Kanade, Mai is 2nd, Ayumi is 3rd.

My favorite green/turquoise/unspecified Cure is Lala. She's an alien cutie. Komachi is 2nd, Nao is 3rd.

I'm tired and I don't wanna look through 70+ characters from unfinished stories so I'm just gonna to rush through this and give myself only a few selections.

My favorite pink Cure is Abe Tsukiko from series 2. She just has that high spirit and attitude I want in a basic Cure like her.

My favorite blue Cure is Nagai Chie from series 4. She's based on Egon and he's my favorite Ghostbuster, and this is my only blue Cure I'm satisfied with, so yeah

My favorite yellow Cure is Kikuchi Hanami from series 5. She's just an adult joke kids don't get machine, it's funny.

My favorite purple Cure is Matilda Gonzalez from series 7. She's really different from other purple Pretty Cures, other than Milk, but whatever. She likes exciting things.

My favorite red Cure is Eida Kokoro from series 4. I just like her. If I could, I would tie her with the minor Cure Poppy Koizumi from series 12 but I reject it.

My favorite white Cure is Yukishiro Honoka from series 9. It's cheating, but it's also not cheating.

My favorite green Cure is Jade Yukimura from series 12. He looks like Egon and he's my favorite Ghostbuster, that's why. 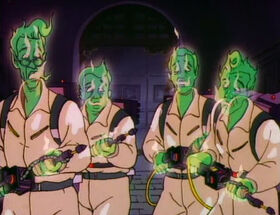 Art requests are closed! Please note that I am a minor and I do need to do my homework.

All of the shows I'm working on now will still have drawings for them, but please do not submit any new shows, I will not be working on Jeff the Killer Pretty Cure anytime soon. Do the designs yourselves. 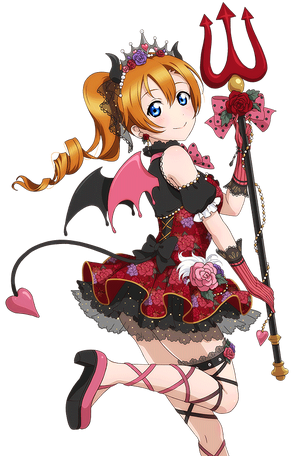 Retrieved from "https://fandomofprettycure.fandom.com/wiki/User:Ninadinacaliente?oldid=303198"
Community content is available under CC-BY-SA unless otherwise noted.