Twinkle!★Twinkle! Pretty Cure! (トゥインクル！★トゥインクル！プリキュア！, To~uinkuru!★To~uinkuru! Purikyua!?) is a Japanese magical girl anime series produced by Toei Animation and the unofficial installment to the Pretty Cure series. It is formerly directed and written by Ahim de Famille, but taken over by Shimamori Amira (through permission). The season's theme are space, stars, idols, constellations, colors, mythology, rainbows, sun and moon, light and darkness, music, fashion, technology, rainbows, and jewels, which shares some references from the Super Sentai series, Uchu Sentai Kyuranger.

Prior to the peaceful world of Galactika and the Galantis, the world has been taken over by invaders. With the universe under their thrall, the tears of the people awaken the twelve ultimate saviors, chosen by the Twinkies, and they are here for the galaxy's salvation. According to Cure Shine, twelve different people with strong personas. The most powerful warriors arrive here and now.

The KariKari (カリカリ, KariKari?) consists of eight members, which are in a Middle School students. The leader is Momoiro Aisaki. Their themes are cute and colorful and the genre are pop.

The Twinkling (きらきら光る, Kirakira hikaru?) are consists of five members, who are in Elementary students. The leader is Nikki Fao. Their themes are pop and pastels and their genre is rock.

The Solaria Shimmer (ソラリアシマー, Soraria Shimā?) consists of seven members, which are in High School students. The leader is Gina Mien and later, Shanaugh Avelin. Their themes are gothic and cool and their genre is clasical.

The ShinGleam (シングリーム, ShinGurīmu?) consists of duo who are from Galactika. Both are the most powerful members and they have own PreItems. Their themes are metallic and sexy and their genre is jazz and disco.

Shannon Weaver (シャノン・ウィーバー, Shanon' U~ībā?)
One of the protagonists, British, 13 years of age as Shannon, but turns 17 years of age. Shannon, was the princess of the Galactika as Princess Alina (プリンセス・アリンナ, Purinsesu Arin'na?). She was the true soul of Princess Alina after died in a battle. She is like a daydreaming but loves to saw stars in the sky. Her pretty Cure ego is Cure Shine (キュアシャイン, Kyua Shain?), the pretty Cure of Light. Her theme colors are white, black, gold, pink, red, and yellow.
Danielle Veneracion (ダニエル・ヴァネッサシオン, Danieru Vu~anessashion?)
One of the protagonists, Filipino, 14 year of age. Danielle is timid, blunt, and pale girl in which she has extremely weak at all skills when she was in Dave's control, who was brainwashed by the Black Hole to spying the Cures' identities. Later, she was in freed on Dave's control and she is now carefree, more confident, and warms up to join the team. Her pretty Cure ego is Cure Gleam (キュアグリーム, Kyua Gurīmu?), the pretty Cure of Planets. Her theme colors are black, white, silver, green, blue, and purple.

Skoteini (スコーテーニー, Sukōtēnī?)
In Greek, σκοτεινή ενέργεια (Skoteiní Enérgeia) means dark energy. The main antagonist in the season. He creates death stars and make the Galactika to darkness.
Methane (メタン, Metan?)
First villain to appear. A old chubby man who creates dark smoke in order to make the people become stop.
Ethane (エタン, Etan?)
Second villain to appear. The only woman with very poist body. She can create more Barions and has a power of Dark Scepter.
Butane (ブタン, Butan?)
Third villain to appear. He has a power of dark energy, in which he has strong sense of vision.
Barion (バリオン, Barion?)
The main monsters in the season. The Barions are gory monsters with a dark star tattoo on their some spaces.
Hydrogen (ハイドロジェン, Haidorojen?) and Helium (ヒーリアム, Hīriamu?)
Fourth villain to appear. Thr twins have a ability to create smoke and inflammable gases. They can create a star to make it lifeless.
Dave (デイブ, Deibu?)
A male monster mascot which created by the poisonous stars that he can do anything to stole the Twinkle Chips and he can create more Barions. However, he swiched his gender to female and transforms into a human to spying their pretty cure identities. When she hears "pretty cure", she is changed drastically from weak to evil to fight against the pretty Cures. However, her evil identity was extremely separated, in which means that Dave would not become human anymore, but she gains new powers and her new human identity. Also, she can also becomes pretty Cure representative of Dark Matter, Cure Dave (キュアデイブ, Kyua Deibu?), the pretty Cure of Black Hole.

PreWatch (プリウォッチ, PuriU~otchi?)
The Cures' main transformation accessory. It looks like a Casio's Baby-G Shock Watch, yet it has heart-shaped. The can insert the Twinkle Chips inside to glow the insignia and the theme Color. The Cures need to transform with the speech Twinkle! Twinkle! Star Change!.
Twinkle Chips (トゥインクルチップス, To~uinkuru Chippusu?)
The season's main collectables. They are stored from the Twinkies' pendants in order to transform to pretty Cure.
Shimmer Belter (シマーベター, Shimā Betā?)
The Cures' weapon. It has a microphone-like wands.
PreNdant (プリンダント, PuriNanto?)
Princess Alina's favorite pendant. Since Princess Alina was brutalmly killed, it was given to Shannon as her transformation accessory. Shannon needs to transform with the speech Shining Star Change!.
PreChime (プリチャイム, PuriChaimu?)
A banglet with a heart and star chime, it which was Danielle's tranformation accesory. Danielle needs to transform with the sppech Twinkle! Twinkle! Gleaming Change!. 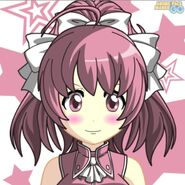 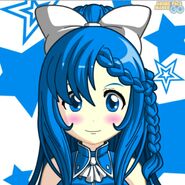 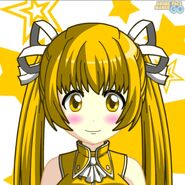 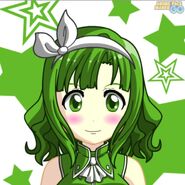 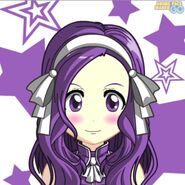 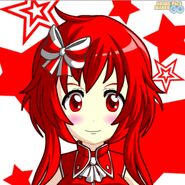 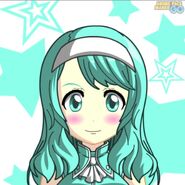 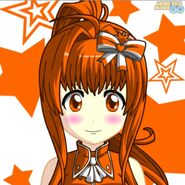 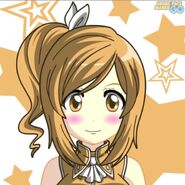 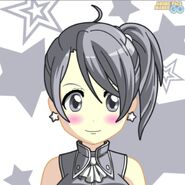 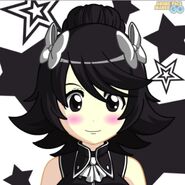 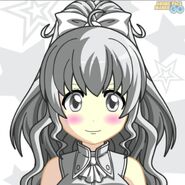 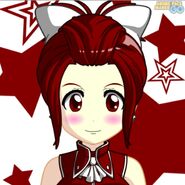 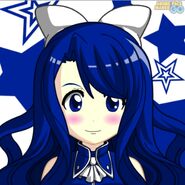 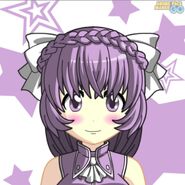 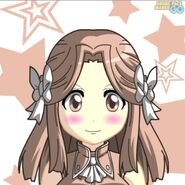 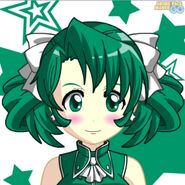 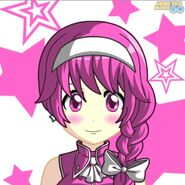 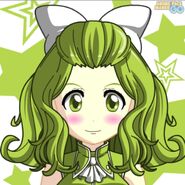 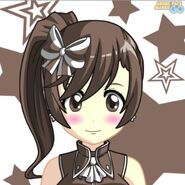 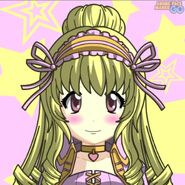 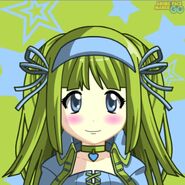 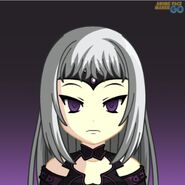 Retrieved from "https://fandomofprettycure.fandom.com/wiki/Twinkle!%E2%98%85Twinkle!_Pretty_Cure!?oldid=312568"
Community content is available under CC-BY-SA unless otherwise noted.