Start a Wiki
Pierrot Pretty Cure (ぴえろ プリキュア Piero Purikyua), shortened as "PiePre" (ぴえプリ PiePuri) - is the second season of the Pretty Cure crossover series created by Cure Salamander, it is not part of the official line up in the Pretty Cure franchise, but is instead a Crossover series geared towards teens and adults. It is scheduled to air along with its Shounen counterpart, Diomedéa Pretty Cure. Co-produced by Pierrot and Toei Animation, succeeding Bones Pretty Cure!, and succeeded by A-1 Pictures Pretty Cure on its initial time slot. This is a crossover anime featuring characters from various animes from the studio Pierrot and Pretty Cure universe are reunited and take place in a parallel world created especially for the series. The themes of the series are the Psychological Disorders, Military, Organizations and Curses. The Cures’ main motifs are the Demons and Exorcists which influenced and inspired the names of the Exorcist-Precures.

"We the Exorcist-Precures, we are Made to Purify and Defeat Evil Demons."

Cure Gremory (Bride Mode)
Add a photo to this gallery 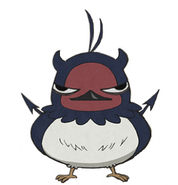 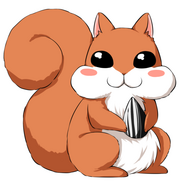 Ao (Yona of the Dawn) 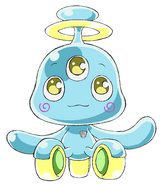 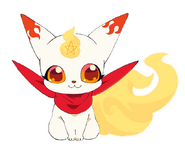 Kinako (Twin Star Exorcists)
Add a photo to this gallery

Son Hak (Yona of the Dawn)

Yona of the Dawn Wallpaper

Twin Star Exorcists Wallpaper
Add a photo to this gallery

Cure Salamander's Note: Don't editing all my pages from Pierrot Pretty Cure (including the character profiles and transcript episodes without my permission whatever the circumstances.

Retrieved from "https://fandomofprettycure.fandom.com/wiki/Pierrot_Pretty_Cure?oldid=316521"
Community content is available under CC-BY-SA unless otherwise noted.