Cool Weapons! Pretty Cure (go to the bottom of the article to find the link)

Ayaka Momoyama is a 13 year old girl who meets a dog-like fairy named Hue when she is walking home from school. Hue tells her that he is from the Colour Kingdom and it is in danger because of another kingdom, the Colourless Kingdom. Suddenly, a man who introduces himself as Nibui appears in front of them. He turns around and throws something that looks like a ball of black ink at an upset man passing by. The ball sucks his colours from him and as the man collapses, the ball becomes a monster known as a Kurokaiju. Ayaka backs away slowly, shocked, but then Nibui notices Hue and says he is going to capture him. Ayaka tries to protect Hue. Then a colourless rainbow appears in the sky and one of the parts turn pink. Hue realises Ayaka is the one to become Pretty Cure and gives her the Rainbow Phone and Colour Charm. She is told to say “Magical Rainbow Change!”. Now Ayaka is Cure Carnation. But she has to defeat the Kurokaiju.

The leader of the Magical Rainbow Pretty Cure team. A very loving 13 year old girl. Mako and Miu have been her best friends since childhood. Ayaka loves colourful things and enjoys painting, colouring and pretty much anything that includes adding colours. She is in the art club at school. Ayaka has a habit of being in her own mind and not focusing on what is going on, especially during classes, but she always knows when someone nearby needs help and always tries to help them as much as possible. Since she loves the city she lives in, she tries to help it and takes protecting it very seriously as a Pretty Cure. As Cure Carnation, her theme colour is pink. She represents love and her power is light.

A tomboyish, athletic girl. Mako is passionate about sports and she is in the basketball team at school. She dislikes studying and tries to avoid it, which is why her grades aren’t that good. Mako can be easily agitated, but she tries not to let this affect her friends and family and cares about them very much. Though she is a tomboy, she also likes some cute things. As Cure Lava, her theme colour is red. She represents passion and her power is fire.

An energetic girl who is very joyful. She tries to be optimistic and she always looks on the bright side of a situation. She loves adventures. Miu sometimes gets carried away with her excitement and forgets to listen to other people, but she is kind-hearted and loyal to her friends. As Cure Tangerine, her theme colour is orange. She represents joy and her power is wind.

Yuna is cheerful and fun-loving. She enjoys making others happy and is warm and friendly to everyone. She is part of the Pretty Cure fan club and is a very active member, since she loves Pretty Cure. Yuna is also a little clumsy and a bit stupid at times, but she will always remain a happy person that wants to make others feel the same. As Cure Canary, her theme colour is yellow. She represents happiness and her power is electricity.

A caring, calm girl who is a third-year middle school student. She is president of the gardening club and she does plenty of gardening in her spare time. She is kind to others and doesn't get angry at others. Sometimes she can be a little bit too kind, though. Chika also likes to read books about plants and she loves nature. She is the friend of Yuna's older sister, Yuka. As Cure Shamrock, her theme colour is green. She represents kindness and her power is nature.

Like Chika, she is a third year student. She is a smart, serious girl who is the the president of the Student Council. She is excellent at studies and is the top student in her class. She is well-respected at school by everyone, but because of her strictness, some students are a bit scared of her. However, inside she is a very kind person. As Cure Cobalt, her theme colour is blue. She represents wisdom and her power is water.

An idol singer who is in Ayaka, Mako, Miu and Yuna's class. She is very popular within Japan and also at school. When she isn't studying or singing, she enjoys playing video games. Emiko was inspired to become an idol singer when she was in elementary school when she watched TV shows about idols performing. Though she is kind of egoistic and is a little selfish sometimes, she is a very compassionate person who cares a lot about others. As Cure Grape, her theme colour is violet. She represents compassion and her power is music.

A dog-like fairy who Ayaka curiously met when she was walking home from school. He is hardworking, diligent and takes his job seriously. However, sometimes he is more relaxed and playful. He ends his sentences with ~hyū.

The current Queen who sent Hue to earth. The king, King Arcobaleno, died when the Kingdom was attacked, and Queen Rainbow was devastated when this happened. The attackers from the Colourless Kingdom soon left the Colourful Kingdom, but returned, so she sent her newborn daughter to Earth while she tried to defend her kingdom.

Niji was a baby who fell from the sky in Episode 11. The Pretty Cures took care of her. In Episode 15, overnight, she grew up and the next day, she becomes a transfer student in Ayaka and her friends' class. She chose to go by the name Naoko Nijimiya. In Episode 16, Naoko became Cure Colourful and gained the cures a group attack. It is revealed in Episode 25, when Cure Colourful was captured, that the cures can't use group attacks without her. She doesn't have any solo attacks. She is the next queen of the Colourful Kingdom. As Cure Colourful, her theme colour is rainbow, though she is listed as a white cure. She represents miracles and her power is rainbows.

The Queen of the kingdom with a cruel, bitter and wicked nature.

She tends to be rude to others, except towards her queen. She thinks of herself as a "loli-goth".

A man who is very moody. He gets angry easily.

A man with a laid-back personality. He tends to slack off sometimes due to his laziness, however he is still determined not to let the cures defeat the Colourless Kingdom.

The monsters of this season, they are created by having a black ball thrown at a person with negative feelings. The negativity lets the person's colours easily be sucked out and merges with the ball, which creates the Kurokaiju. When a person loses their colours, they become unconscious and wake up when their colours are returned.

One of the members of the Pretty Cure fan club.

Another member of the Pretty Cure fanclub.

Another member of the Pretty Cure fanclub.

Another member of the Pretty Cure fan club.

The city the cures live in.

The school the cures attend.

The place where the cures usually meet up. Chika loves this place, due to the amount of nature in it.

The Pretty Cures’ transformation item which is activated by putting the Colour Charm on it and saying “Magical Rainbow Change!” The front of the phone is pink while the back is red, orange, yellow, green, blue and violet. On the bottom there is a recess for the Colour Charm to be inserted. The screen, when not turned on, is black.

The collectibles. The charms are shaped like hearts. The colour of the heart in the middle is white while the heart around it depends on the cure’s theme colour. Cure Colourful’s charm has no white heart in the middle and has the theme colours of the other 7 cures on it due to her being a special cure. So they don’t lose it, the owner of the charm is able to summon it out of nothing at will when they need it, which makes this collectible rather unique.

It allows the cures to upgrade to Spectrum Mode. It is also used to store the Colour Charms that are not used to transform.

The cures' (except Cure Colourful) weapon. Each cure has to complete a specific challenge to obtain it. It can be used for sub-attacks and can become a paintbrush to use upgraded attacks as a finisher. 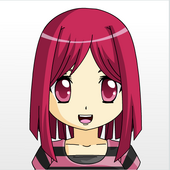 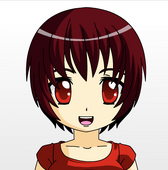 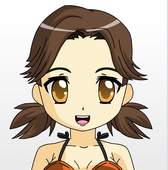 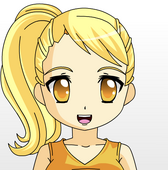 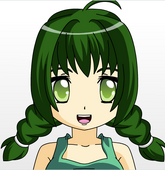 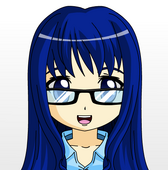 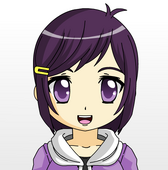 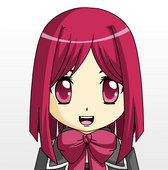 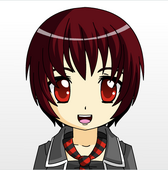 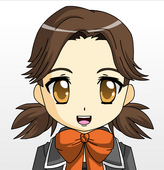 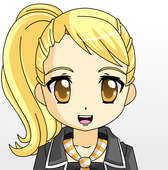 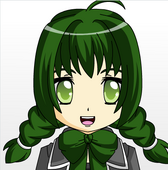 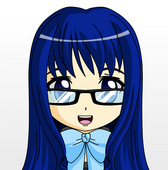 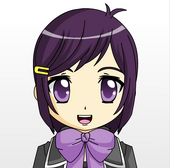 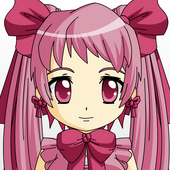 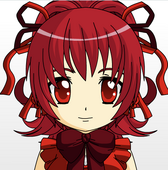 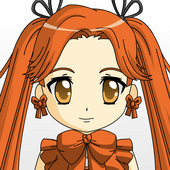 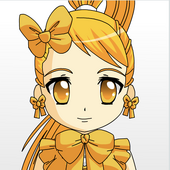 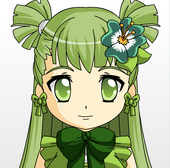 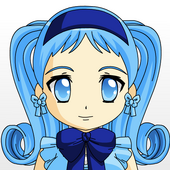 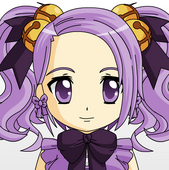 Retrieved from "https://fandomofprettycure.fandom.com/wiki/Magical_Rainbow_Pretty_Cure?oldid=304202"
Community content is available under CC-BY-SA unless otherwise noted.