Jade Yukimura (雪村ジェイド, Jade Yukimura?) is one of the main protagonists of Pretty Cure Nightmare Fantasy. His alter ego is Cure Clarity, the Pretty Cure of the jade, and his theme color is green. His catchphrase is "Got it!" (「とった！」 "Totta!")

His chocolate brown hair makes it hard to see his olive eyes. Later on, his hair doesn't cover his eyes and he has red sunglasses with teal lens.

As Cure Clarity, he has a green cape and roller skates. Two things someone who wants balance in their life should never have.

Jade is smart and diligent but because of that he is very socially awkward. He was told by his father to be like him; a mean, gambling madman, but Jade wants a more simpler life. One where he doesn't have to get murdered in Russian roulette. He is one to get carried away, however, especially by people like Ami Minamoto, who he has a big crush on.

Motoharu Yukimura is a very bad man. He drinks, he smokes, and that causes Jade to accidentally secondhand smoke. After the murder of Ericka Cambeiro and Mr. Yukihara's arrest, Jade started to live with his mother, Ana Sofia Martinez, who wrongfully didn't take Jade after a divorce from a long time ago.

He was applied for the George Washington Memorial Private School because of his intelligence and antisocial behavior, which is perfect for such a highly appreciated school.

In episode 19, he gets some $10 glasses and meets his future self's clone, Roger Russo.

At the end of the series, he and Ami go to the Martinez Christmas Party. But then Ami was talking mean about Jade in his face, so he finds a cool girl, and they got married when they were old enough. This starts a cycle.

Cure Clarity (キュアクラリティ Kyuakurariti) is the Pretty Cure alter ego of Jade. In order to transform, he has to get his Kiraki Prismatic 2004 and dial 258-000-0000 (do not dial), yells "Pretty Cure Impact!" and he transforms and looks pretty. During battles, he usually uses an assortment of weapons rather than his body. He has protective gear to protect himself from physical harm. 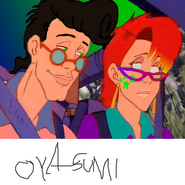 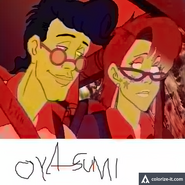 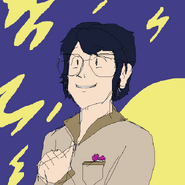 Add a photo to this gallery
Retrieved from "https://fandomofprettycure.fandom.com/wiki/Jade_Yukimura?oldid=307405"
Community content is available under CC-BY-SA unless otherwise noted.