Generic Precure! (ジェネリックプリキュア！, Jenerikku Purikyua!?) is a parody series of the other Precure seasons. It has the themes of: being generic, love, friendship, and pink sparkles that make life fantastic! It's created by a group of friends naming their selves: Generic Toei.

One day, the Queen of Happiness Dimension suddenly disappeared without trace. The once bright and peaceful dimension was engulfed in darkness and not long after that, Evil Empire came to invade the Dimension. In order to save the Happiness Dimension, a fairy named Meme was then sent to a small town of Ii Tokoro to find the legendary Precures. Little did he know that the Cures are unlike any generic warriors he saw in the legend.

A group picture of the Genric Cures

Generic Precure First DVD, with Goddess on the cover

Venus at a Masquerade party

Kuki at a Masquerade

Curl at a Masquerade party 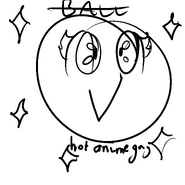