Start a Wiki
Bones Pretty Cure! (Hepburn: ボーンズ プリキュア! or known as BONES プリキュア! Bōnzu Purikyua!), shortened as "BonPre!" (ボーンプリ! or BONプリ!) - is the second season of the Pretty Cure crossover series created by Cure Salamander, it wasn't part of the official line up in the Pretty Cure franchise, but is instead a Crossover series geared towards teens and adults. It is scheduled to air along with its Shounen counterpart crossover season, Gonzo☆Pretty Cure!. Co-produced by Bones and Toei Animation, and succeeded by Pierrot Pretty Cure on its initial time slot. This is a crossover anime featuring characters from various animes from the studio Bones that takes place in a parallel world created especially for the series. The themes of the series are Ecology, Revenge, War, Partnership and Post-apocalyptic. The Cures’ main motif are Maids, Element Powers and Animals. There were some influences on the popular series like Tokyo Mew Mew and also the studio Ghibli movies, Princess Mononoke and Nausicaä of the Valley of the Wind.

Many characters from animes produced by the studio Bones appear in this Pretty Cure Crossover series, with the same names, but not the same and sometimes different roles (as Adélie, the guest character of Space Dandy in episode 5, will have an main role when she will become Cure Manchot and she was the Central character of the story).

"This in new world, we learn to live in harmony with nature and animals."

The Beast Monsters (怪物野獣 Kaibutsu Yajū) is a group of monsters when the villains can summoned them for attacking and eating people. When they are defeated by the Pretty Cures a Bio Card appears, while people are released after to be eaten by the Beast Monsters. They look likes monstrous animals, with a huge dangerousness.

The Albino Pretty Cure are their white counterparts from the Bones Cures created by Medusa with their modified genes, with the absence of their pigmentation and melanism. The Albino Precures have white hair and red eyes, with their white outfits similar of their originals, they have opposite personality. They were enemies at first before to being defeated and becoming friends with their originals. The team consists of: 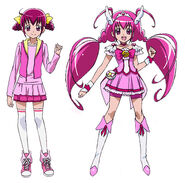 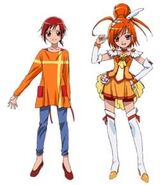 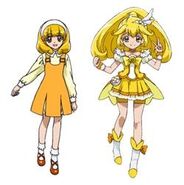 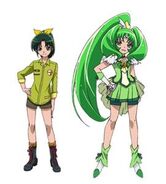 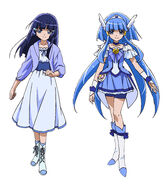 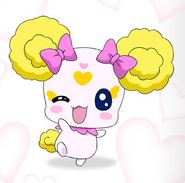 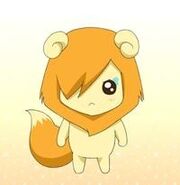 Pop (Smile Pretty Cure!)
Add a photo to this gallery

Toboe (Wolf's Rain)
Add a photo to this gallery

Wolf's Rain Wallpaper
Add a photo to this gallery

Cure Salamander's Note: Don't editing all my pages from Bones Pretty Cure! (including the character profiles and transcript episodes) without my permission whatever the circumstances.

Retrieved from "https://fandomofprettycure.fandom.com/wiki/Bones_Pretty_Cure!?oldid=259065"
Community content is available under CC-BY-SA unless otherwise noted.