Lotte is very cheerful girl who loves sweets. She is loves to cooking candies in Kayori Ru Amai like her mother & she loves to cheering in town.

First, her CandyPreBrace was gliched and she is speaking the main speech. Her full body was sparkling in the pink glow. First her hair, shoes, armwarmers, dress, & acessories. Then she draws the pink heart & she says the speech.

Ikuriyonana Etsuko- Lotte's tomboyish friend even she protects her

Yugere Anika- Lotte was bullied her sometimes, she is known as Amondzi but later, she was good because she was became pretty cure

Amai Padparascha- Lotte's mother, when she was young, she was also becoming pretty cure 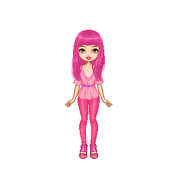 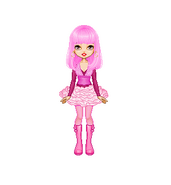 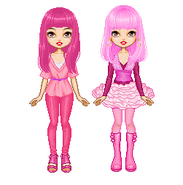 Cure BubbleGum's fake profile
Add a photo to this gallery

Retrieved from "https://fandomofprettycure.fandom.com/wiki/Amai_Lotte?oldid=138722"
Community content is available under CC-BY-SA unless otherwise noted.