Alto Astral! Pretty Cure! (アルトアストラル！プリキュア！, Alto Astral! Pretty Cure!? translated as High Spirits! Pretty Cure!; dubbed as Pretty Cure Forever & Ever) is a fan series formerly created by Ahim de Famille, but it was taken over to Luminique Hale. The series focuses on high school girls, who have the power to transform into the legendary Rainbow Sky Symphony angels known as Pretty Cure. The main season's themes are music, sky, friendship, angels and demons, sun, moon, stars, light, rainbows, unicorns, mythology, colors, jewels, love, hope, dreams, happiness and cards while the main motifs are the Dreamcatchers, Hipsters, and Aesthetics. The concept of the series is full of unicorns, angels, pastels, lights, rainbows, and the sky.

The most appearance in this Alto Astral Seasons, are the first main Angels, Idols and/or Cures, which the first eight Cures are depended on the pastel colors of the rainbow, followed by the halfway of the prequel, a mysterious legendary white Cure joined the team and then, a black Cure who was a half-Rainbow Music Palace VS half-High Spirits Kingdom inhabitant, turns into a villain of Low Spirits Kingdom and returned into a good side.

On February 2019, Ahim de Famille decides to take over this serie along with the Enchanteur Pretty Cure Series and Star Darlings Pretty Cure!, to Luminique Hale, in which Ahim was currently focuses on the Prism Power Pretty Cure! Series. The concept, characters, story, items, locations and its characters remain stays, but the possible sequels are now in biggest revamp.

The High Spirits Kingdom anounces the 100th song called the "Dreaming Sky" along with the Rainbow Music Palace to celebrate their unity of music and the sky. Until that the night has gonna be happen the tragedy. King Symphony was shocked because of the Low Spirits Kingdom, the world of noisiness and the darkness of the counterpart, which three worlds are fighting itselves. Two good worlds VS one bad world. The two good rivals want to collaborate to save the whole High Spirits and the Rainbow Music with the power of these twenty Angelic Melody Keys. Until that these are eight are created but shattered then it missed and the last one remaining but it was becoming darker.

Stacie Underwood, the most popular student in the city town of White Cloud, who arrives in the White Cloud Academy. She has a Victory Speech to other residents of White Cloud then a monster appears during the speech. She found a mascot named Echo. Even the two mysterious Cures named Cure Redolent and Cure Halcyon are now save the town until there are collapsed. Stacie confused to becoming friend to save the world and she was walking out in the ceremony to hiding her. She was transformed into Cure Limerence! The Angel of Love and the Guitar of Pop! She is now to kill the monster to stop her worst day. Therefore, she thanked Echo for becoming her as a pretty cure.

Now, the colors of the music and the sky will collaborate against the negative life that they will renovate the two worlds and the mysterious white Cure joins the team to lighten up the negative spirits. Who will wins, the two kingdoms of light or the one kingdom of darkness?

Lucifer (ルシファー, Lucifer?)
The Master of The Low Spirits Kingdom. He created the Noise of Darkness to regenerate his power as long as the orb doesn't broke, his power is invincible. When he obtained the Score, he straightly change the "Dreaming Sky" into the "Destroying Sky", together with his four loyal servants. He is planning to rule the world with his "Destroying Sky" and his evil rule.
Absinthe (アブサン, Absinthe?)
One of Lucifer's loyal servants. He planned to destroy Pretty Cures with his power of evil. He hold the power of death to steal people's mind and fill it with the evil songs.
Elvira (エルビラ, Elvira?)
One of Lucifer's loyal servants. She can broke the people's hearts and feelings. She can stole the color and the sky to remain the fear of darkness and blackness in the world.
Damien (ダミアン, Damien?)
One of Lucifer's loyal servants. He wield the power for control people's hearts to do his evil plot. He is still wears his black choker to become people who are in disorder.
Salem (セーラム, Salem?)
One of Lucifer's loyal servants. She can control people's minds and brainwashes it to become bad and rebellious. She can scream to destroy their ears and she has a large poisonous flaming knife to kill all of the people.
Belladonna (ベルラドンナ, Belladonna?)
Corrine's evil ego and Lucifer's partner. She can anger her feelings when some people are happy and loving. Her name means poisonous flower.
The Colorless Five
The gang created by Lucifer. It consists of opposite the High Spirit and Rainbow Music. The members are:

Angira (アンジラ, Angira?)
The monsters with good heart, created from Music Key. If the Key turn into a crystal and given light power, it'll become an Angira and help the Pretty Cures to fight against the enemy. The crystal turn into an Angira in purpose for prevent the Melodic Angel Key get affected by evil power.
Evira (エヴィラ, Evira?)
The monsters with evil heart, created from Music Key and a Sorrowful Heart from a person. If the crystal affected by the evil power of Sorrowful Heart it will become an Evira and help the enemy to fight against the Pretty Cures. But if the Evira get purified, it can get back to it's original crystal form.
Kanashimi (悲しみ, Kanashimi?)
The new evil monster created from the Dark Spirit Guardians. It taken from a person and evil sound. They can stole a lots colors from any places (except for blacks, browns, and grays). The monster name means sorrow.
Evil Song (イービルソング, Evil Song?)
The strongest evil monster created by Lucifer from his deepest darkness power.

Rainbow Harmony Compact (レインボーハーモニーコンパクト, Rainbow Harmony Compact?)
The Cures' main transformation device. It has eight symbols inside and a heart-shaped mirror to activate the transformation. Allison and Corrine have own Rainbow Harmony Compacts, which is actually called as Sky Spirit Mirror (スカイスピリットミラー, Sky Spirit Mirror?) and the another generation Alto Astral! Cures also have, it calls as Symphony Rhythm Palette (シンフォニーリズムパレット, Symphony Rhythm Palette?). The Cures need to transform with the speech Unlock! Pretty Cure! Rainbow Sky Symphony!.
Melodic Angel Key (メロディエンジェルキー, Melodic Angel Key?)
The main collectibles of the Cures from both High Spirits Kingdom and the Rainbow Music Palace. Each can activate the Cures' items to receive the power of the music and the sky.
Rhythmic Diamond Rod (リズミカルダイヤモンドロッド, Rhythmic Diamond Rod?)
The Cures' main weapon. It has a microphone and wand with a heart diamond on the top. The can sing and create the attack against the monster.
Peace Microphone (ピースマイクロフォン, Peace Microphone?)
Cure Bucolic's main weapon. This looks like a paintbrush yet this is a microphone that she can paint across to draw a magic from the Evira.
Courage Disc (コラージュディスク, Courage Disc?)
Cure Scintilla's main weapon. The CD-like weapon that it can uses to spinto chop monsters. It has heart shaped gem that can hung in the Courage Remixer.
Courage Remixer (コラージュリミキサー, Courage Remixer?)
Cure Scintilla's main activator weapon. This can remixed into the Courage Disc to remix and purify monsters with the loud beats. 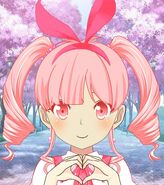 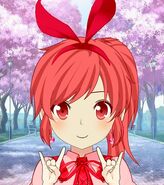 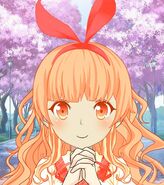 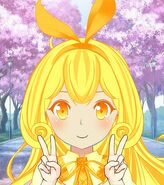 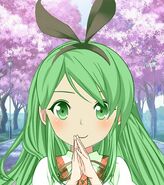 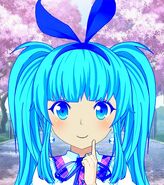 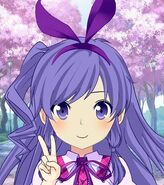 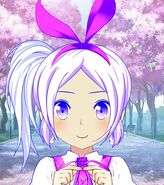 Retrieved from "https://fandomofprettycure.fandom.com/wiki/Alto_Astral!_Pretty_Cure!?oldid=284835"
Community content is available under CC-BY-SA unless otherwise noted.