All cures had normal days when suddenly portal appear before every team and took one cure from each team. This time they were send to Sadstar, world where people forgot how can they be happy. They met mysterious women Tiara, who show them cave where people who still know how to be happy are hiding and told them that  Sadstar was actually called Smilestar and was happiest world until they were attacked by Shadow Sadness.. Now Pretty Cure have to make Sadstar Smilestar again and met with other cures.

Misumi Nagisa - Nagisa is athletic girl and is captain of her school lacrosse team. She is a bit immatue and bad at school. Her friends are very important to her. In this season she spend a lot of time with Mai or with Rin and Akane. Just like Saki and Honoka in previous season, Nagisa can transform together with Mai in this season until they'll met Honoka and Saki again. Her alter ego is Cure Black.

Mishou Mai - Mai is quiet girl that is very good at drawing. In this season she spend a lot of time with Nagisa and often draw other girl especially Miki. Just like Saki and Honoka in previous season, Mai can transform together with Nagisa in this season until they will met Honoka and Saki again. Her alter ego is Cure Windy.

Natsuki Rin - Rin is great at sports and is often together with Akane and also with Nagisa. Her alter ego is Cure Rouge.

Aono Miki - Miki wants to become a fashion model. in this season she is often drawn by Mai. Most often she is seen with Mai and later also with Yuri, who she wasn't sure how to talk to at begining because they were so diffrent. Her alter ego is Cure Berry.

Tsukikage Yuri - Yuri is oldest from main cures in this season. She is usually alone and read all spend time with Ako and Aguri and later also with Miki with who she didn't really talk a lot before. Her alter ego is Cure Moonlight.

Shirabe Ako - Ako is along with Aguri youngest cure but only youngest one in cure form. She spend most of her time with Aguri or Yuri. Her alter ego is Cure Muse.

Hino Akane - Akane is enregetic girl who is great at sports. She spend most of her time with Rin and also with Nagisa. her alter ego is Cure Sunny.

Madoka Aguri - Aguri is along with Ako (when she is in civilian form) youngest from all cures. She spend most of her time with Ako and also Yuri. Her alter ego is Cure Ace. 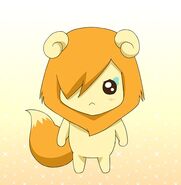 Ai
Add a photo to this gallery

Retrieved from "https://fandomofprettycure.fandom.com/wiki/Again!_All_Seasons_Pretty_Cure!?oldid=57835"
Community content is available under CC-BY-SA unless otherwise noted.